A Brief History of Gunsmithing 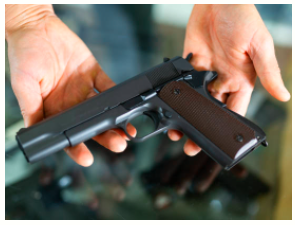 Are you fascinated by firearms? Do you enjoy working with guns? When you need an expert, Jacksonville Gunsmith specializes in firearms.

Wonder how gunsmithing started as a trade? Here is a brief history of gunsmithing.

Origins of the Gunsmith and Gunsmithing

Gunsmiths have been around much longer than the US has existed as a country. The word gunsmith dates back as far as the 1580s.

Firearms can be traced even farther back than that. The first firearms were invented in China in the 1200s. From there, guns found their way to Europe.

In the 1400s in Europe, gunsmithing was recognized as a skill and a career. The first gunsmithing guilds were formed. In those days, it took up to 400 hours of work for a gunsmith to produce a single gun!

Gunsmithing in the USA

During the War for Independence, gunsmiths were in high demand. American gunsmiths needed to craft firearms and provide ammunition.

Up until the Confederate war, the need for firearms production and repair kept gunsmiths in America in high demand. The demand reached new heights during the Civil War.

Throughout the years, many gun owners continued to prefer handmade guns. Gunsmiths remained in demand because they could provide customized handguns and other firearms to customers.

Who Are Some Well-Known Gunsmiths Throughout History?

If you’ve heard of the Colt .45, you already know a little bit about the gunsmith Samuel Colt. He was an excellent businessman whose assembly-line manufacturing of his firearms made the revolver available commercially. Colt also improved the design of the revolver.

Eliphalet Remington was a blacksmith by trade. He made a flintlock rifle by hand when he was only 23 years old. Remington is credited with creating the first cast-steel rifle barrel in the US. The company Remington founded still exists today, known for rifles such as the Remington Model 700.

John Browning was a gunsmith with 120 patents. His gun designs are still used today, including the Browning Automatic Rifle and the M2, a heavy machine gun used by many armies.

Eugene Stone is recognized as one of the most successful gunsmiths of the 20th century. His rifle design was modified into the M16, used by the US Army.

Mikhail Kalashnikov was not a gunsmith in the traditional sense. While recovering from battle injuries during World War II, the Soviet designed a rifle the Soviet army could use against the Nazis. The AK47 became the most used firearm worldwide.