Choosing The Best Bullet For Events 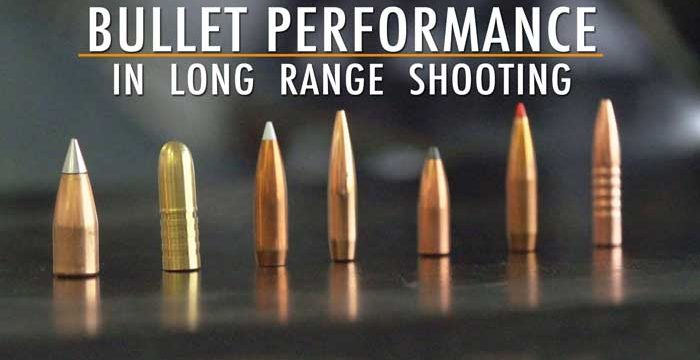 Choosing The Best Bullet For Events

There are two types of expanding big game hunting bullets. The first are conventional copper cup bullets and the second are premium or, controlled expansion, bullets. Premium bullets are considerably more costly than conventional bullets. At what point does the extra cost become justified?

The lower cost conventional hunting bullets have a lead core that is encased in a copper jacket. This copper jacket is what is supposed keeps the bullet intact during the expansion process as it’s being driven at high speed, into the vitals of the game animal. The challenge for bullet companies is to produce a bullet that will remain intact and retain a high percentage if it’s weight over a vastly different velocity range. The impact velocity of the bullet can vary from as high as 3400 fps for a bullet fired from a magnum cartridge into a game animal at close range, to as little as 1700 fps for a bullet from a smaller cartridge striking the game animal at 400 yards away. This scenario can be compounded by the fact that the close shot from the magnum could strike the shoulder bone of a large, tough animal like a moose or buffalo and the long range shot may be placed in the softer behind the shoulder area of a small-bodied deer or antelope or test firing in gun range. A conventional bullet simply cannot be made to perform perfectly or even satisfactorily under every situation. The bullet maker is left to produce a bullet that is, in many situations, a compromise. This leads to less than satisfactory results, at times. The bullet in the close shot may disintegrate and fail to penetrate sufficiently, while the bullet in the long shot may fail to expand properly, resulting in minimal tissue destruction. 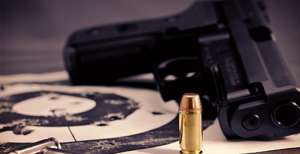 It is generally known that a conventional bullet will perform reasonably well for an impact velocity of up to about 2700 fps. Beyond this point, the performance can become erratic. There are plenty of stories of how the bullets from high velocity cartridges such as the Weather by Magnums, disintegrated on impact and failed to penetrate, resulting in long tracking jobs or lost game. These bullet failures are what led to the creation of controlled expansion, or premium, hunting bullets.

Premium bullets have revolutionary designs that allow them to be driven to magnum velocities, while still delivering outstanding terminal performance. The first to arrive on the scene is the Nosler Partition bullet, which has a copper partition at around the midpoint of the bullet. The bullet tip is designed to start expansion easily at lower velocities, but once the expansion reaches the partition it is stopped, resulting in a large portion of the bullet remaining in-tact, therefore driving deeply into the animal’s vitals. The Swift A-Frame bullet improves on this design by adding a bonding process, which fuses the jacket to the core, resulting in even more retained weight. It’s this retained weight that ensures outstanding performance, especially on very large game. The Trophy Bonded Bear Claw bullet is another very good design, which has a lead core only in the forward portion of the bullet, while the rear part is solid copper. Like the Swift, it is also bonded. Once the expansion reaches the solid rear part, it is progressively stopped, therefore ensuring the bullet retains most, or in many cases, all of it’s weight. The Barnes TSX bullet is perhaps the most revolutionary premium bullet of all. The whole bullet is made of pure copper and has a hollow nose cavity which promotes expansion. The TTSX and MRX versions, use a plastic tip to promote expansion and to increase their Ballistic Coefficients. These bullets expand to form 4 sharp petals which slice as they spin and travel forward, creating immense tissue destruction. They often retain 100% of their weight and are proven to be extremely deadly. There are other premium bullets from various bullet companies with bonded cores that are vast improvements over conventional bullets. Some of them are Woodleigh Weldcore, Nosler Accubond, Hornady Interbond and Remington Premier Core Lokt.

When does the extra cost of premium bullets become justified? They do whenever using a high velocity cartridge where the impact velocity of the bullet will exceed 2700 fps, especially when hunting large game where deep penetration is needed. Also, use premium bullets whenever using light-for-caliber bullets or when using any smaller than normal caliber, such as a.223 Rem on deer. Also, anytime dangerous game likes grizzly, cape buffalo or lion are hunted, a premium bullet is always the best option, regardless of the cartridge being used.

Considering the costs of the various expenses that go into any hunt, the additional cost of premium bullets is negligible. Some well-informed hunters use premium bullets for all of their big game hunting. I am one of those hunters.

As the name suggests, bullet resistant glass has the ability of preventing bullets from penetrating the glass when fired at it. Bullet proof glass is made by using a transparent and strong material like polycarbonate thermoplastic.

How is the bullet resistant glass made?

The interior layer remains unaffected and the people on the other side of the bullet resistant glass are safe.

Few homes are also using bullet resistant windows and glasses for getting a good night’s sleep. The number of criminals breaking into houses has made even the home an unsafe place. One of the ways of feeling protected is by using bullet proof glass.

We all know of the bullet as that little thing which is used to power up firearms and ammunition such as guns, rifles, and pistols. With a bullet, firearms will be able to unleash their defensive or destructive mechanism; without a bullet, they are generally deemed useless. The sizes of ammunitions are basically determined by means of the caliber of the gun. That is why when we say, for example, that it is a 0.51 caliber pistol, we basically mean guns that require 0.51 inch ammunition sizes for these guns to be able to work.

All About Bullet Size

So, why are the sizes of the ammunitions we use for each particular firearm model so important? For one, it is basically because each firearm or ammunition has one particular size of bullet for them, so knowing what the sizes of ammunitions are would guide them to finding the set that will fit their gun. Another thing, the sizes of bullets could also tell most of the time just how much damage a particular gun will be able to make. Bigger bullet sizes will, of course, tend to incur more damage to the victim than the smaller sized bullets.

First and foremost you have to decide if reloading is for you. Safety and detail is first and foremost. Keeping a clean and organized work station, only having the components for the cartridge that your loading on the bench at one time. This becomes increasingly important when working up experimental loads. Hand loading is time consuming, but I find it to be one of the most relaxing hobbies I’ve ever tried, that being said, you have to decide if you will have the time to reload or if factory ammo is the best route to go.

The first thing to look at is the press. There are single stage presses and progressive presses, the former being my recommendation for the beginner, or even the person who only reloads a few hundred rounds a year. The progressive is more complicated and needs every step to be watched with care. Anybody that has ever used one can tell you that the slightest misalignment or friction where there should be none will cause problems. I started with a single stage, and I still use it even though I have two progressives. They are worth their weight for experimental loads and small batches.

Cases must be cleaned before reloading, which can be accomplished in the following ways, tumbling, sonic, or by hand with a dish soap and vinegar mix. My preference is the tumbler, as there is no drying time, however if you are cleaning cases that were fired with black powder the soap and vinegar mix is the best way to go. the cases can then be dried in the oven on a cookie sheet at the lowest setting.

The cases will need to be lubricated if they are bottle neck, such as most center fire rifle cartridges. This is done with either a wet or dry case lube, with care being taken not to leave more than a light film on the shoulder. This will need to be wiped off after resizing.

A good micrometer will also be needed to assure that case length is within specs, depending on the number of times the particular case was reloaded. Brass will stretch to varying degrees with each resizing. when it reaches the maximum length it must be trimmed with a case trimmer. These vary from hand turning to machine turning.

Caliber specific dies are also needed. Depending on what bullet is being used, what the round is for, and the caliber will determine which die set is needed. With carbide pistol dies, no lubrication is needed, which is a plus especially with a progressive press. Dies can come in two, three, or four die sets. Again it depends on the caliber and personal preference as to which is necessary.